If you have been tied of the quite similar pod system kits, how about trying a box mod with powerful out? Normally different kinds of vape devices will offer you different vaping experiences. The newly released X-Hubble kit will be a good choice.

Vaptio X-Hubble is a high-power kit consisting of X-Hubble 220W MOD and 5ml Apolo Tank with a child-proof lock mechanism. Vaptio X-Hubble has a rounded appearance plus a large color screen that occupies the entire front. The side fire button is large and easy to operate. Powered by two 18650 batteries (not included), the X-Hubble maximum power can reach 220W. Featuring the USB Type C charging port, the X-Hubble can support 5V/3A fast charging. In addition, Vaptio X-Hubble is equipped with a 2.0inch TFT color screen with clever sliding unlocking, which can give you a better visual effect and a much wider space to play. One of the key functions of X-Hubble is the touch screen buttons located at the bottom of the screen, which is equipped with a built-in vibration motor to warn users of relevant information. What’s more, Vaptio X-Hubble has a completely modern chipset with multiple output modes to meet your performance pursuit, such as VW/VT/CCW/CCR Bypass modes. And it has 0.001S firing speed that brings the most rapid and even heating as well as the purest flavor from the first puff to the last!

Vaptio X-Hubble Kit comes with a 5ml e-juice capacity Apolo Sub ohm Tank. Just push the top cap, you can finish the e-liquid refilling quickly. Equipped with Apolo coils (both single and triple available), Apolo tank would give you the outstanding performance of heating, and create an unrivaled vaping experience for cloud chasers and flavor aficionados. 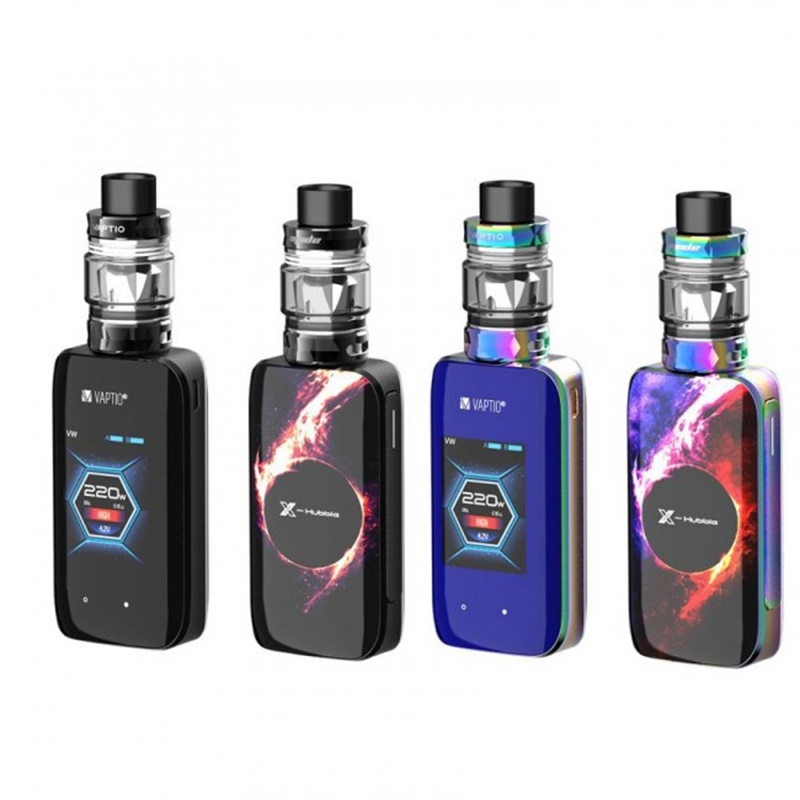